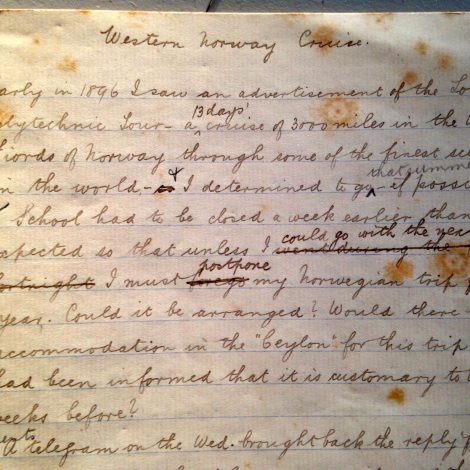 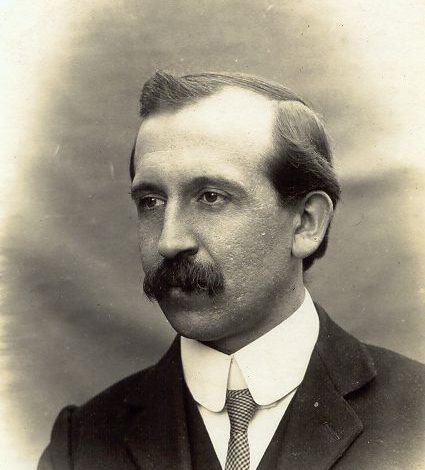 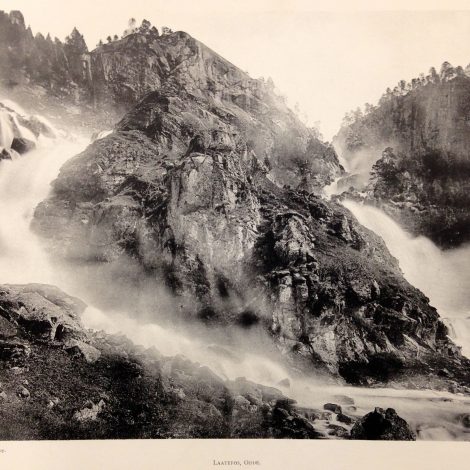 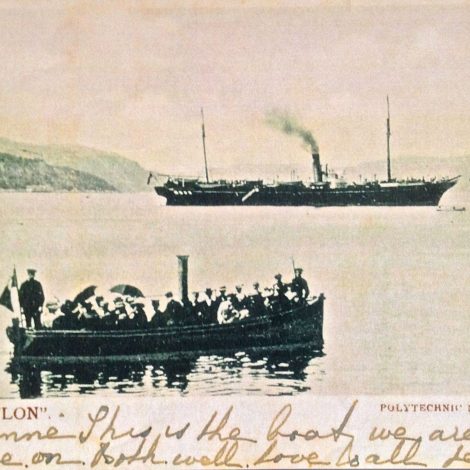 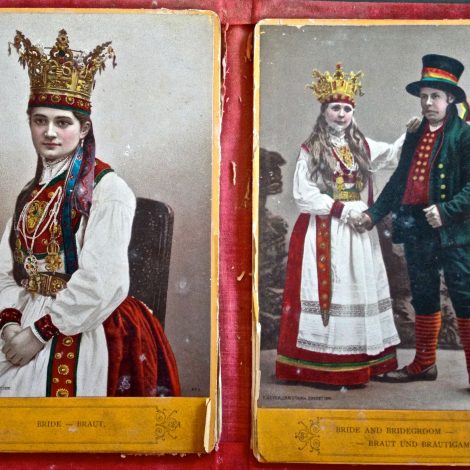 Joseph seized a rare opportunity to travel abroad, closing his school a week early to do so!

A Trip to the Fjords, via the Archive!

Joseph Chapman's mementos from an expedition to Norway in 1896 now reside in the Homerton College Archive.

Noreen Couch recently contacted Homerton archivist Svetlana Paterson, offering her grandfather’s papers to the College Archive. These turned out to include a number of mementos from a trip to Norway – way back in 1896!

Joseph Chapman had quite an unusual career. He was born in Frosterley, County Durham, to a couple who ran their own grocery and drapery for nearly 40 years. His father was from one of the oldest families in the village and his mother had been born there. Joseph was a pupil at the local elementary school and completed his schooling at the age of 12. He then immediately continued to teach there for 8 years as an uncertificated teacher. In 1889, aged 20, he proceeded to Homerton College and graduated First Class. He was awarded his ‘Parchment’ (Teacher’s Certificate) in 1893. Chapman then returned to his old school, this time as head teacher, and remained there until his retirement in 1927.

Just three years after leaving Homerton, Joseph seized an opportunity to travel abroad, closing his school a week early to do so! In the summer of 1896 he joined an expedition to western Norway organised by the London Polytechnic. He sailed with nearly 200 other young men on the steam yacht ‘Ceylon’. Homerton’s Archive is now enriched by a small collection of mementos from this trip, including his lively written account.

Neatly written in an exercise book, we find his astonishment and delight at the landscape and geology, his wonder at God’s creation:

… a hoarse roar of falling water producing clouds of spray, this spray falling in a heavy shower across the road. Passing through this shower we beheld two rivers – the Laate and the Scar – tumbling down twin rocky gorges in a glorious confusion of foam – uniting in one last leap and passing under the bridged road into the main river below.

Human drama was also present. They passed the steam ship ‘Hohenzollern’ on which German Emperor Wilhelm was vacationing, also visiting the grand hotel at which he stayed, but then witnessed the aftermath of a tragic accident when the Kaiser’s valet skidded his bicycle on an icy road and tumbled to his death in the gorge below.

Chapman’s interest in, and admiration for the Norwegian people shines through:

… a well-educated, intelligent, God fearing and law abiding people. Sincerity, honesty and a love of freedom are the chief national virtues.