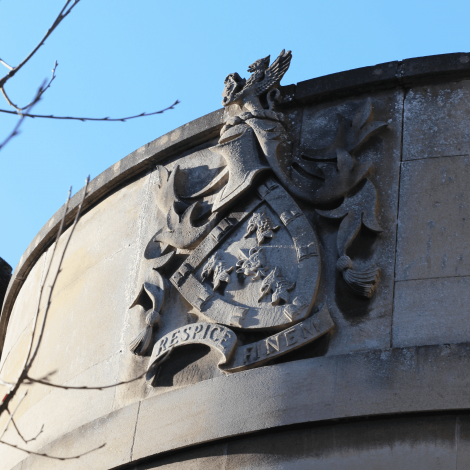 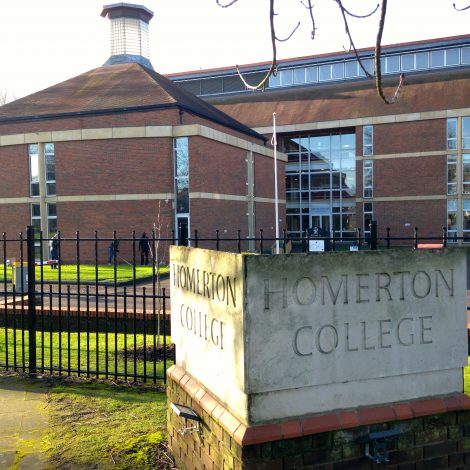 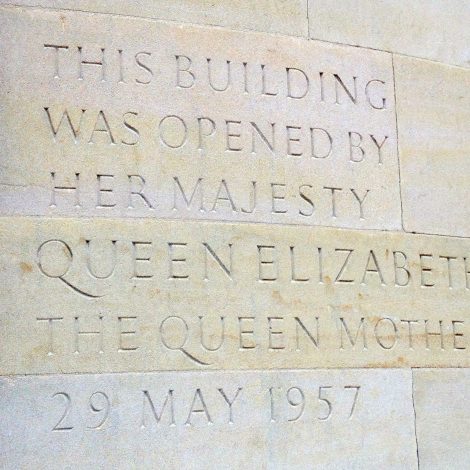 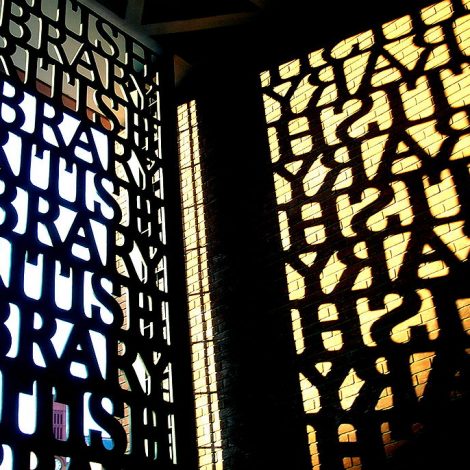 His art had great impact and influence both locally and nationally.

David Kindersley (1915 -1995), a leading letter-carver and typeface designer, founded the Kindersley Workshop in Cambridge in 1967, where he trained younger generations. His art had great impact and influence locally in Cambridge and nationally, for example late in life the monumental gates for the British Library in London. In 1957 Kindersley worked on three carvings for Homerton College: the stone sign at the entrance to College, the crest above the Queen’s Wing Arch, and the inscription commemorating the opening of Queen’s Wing (by Queen Elizabeth, the Queen Mother) in 1957.