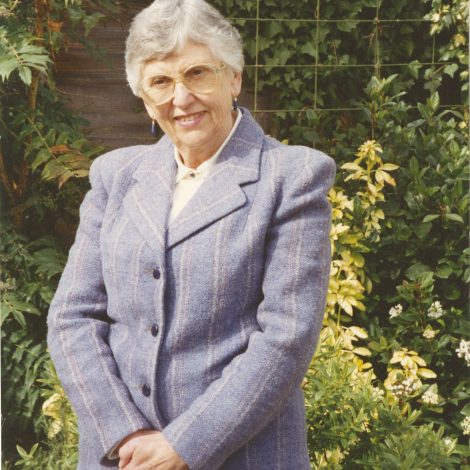 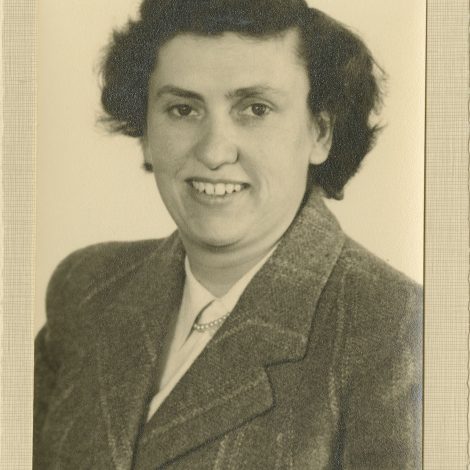 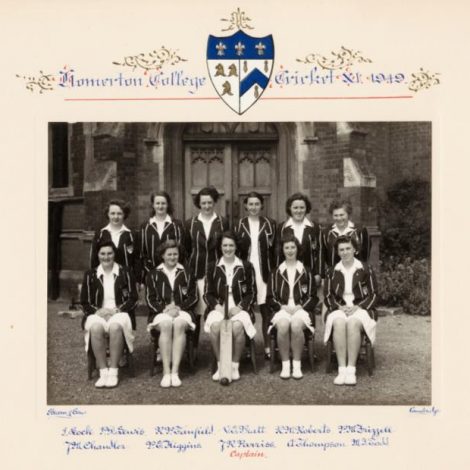 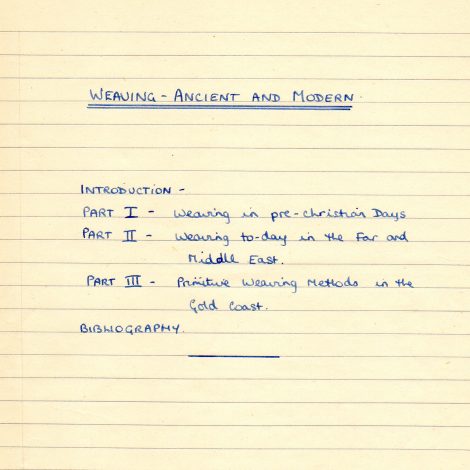 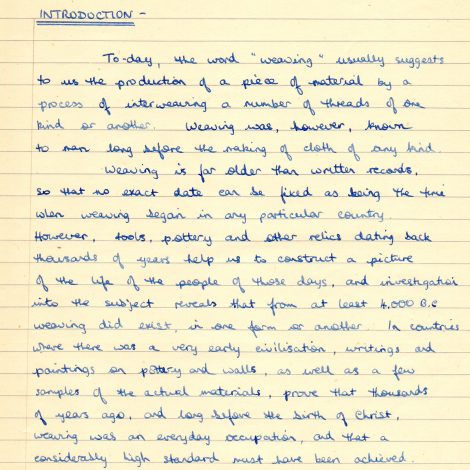 70 years after former student Margaret Todd designed and wove a woollen fabric at Homerton College, the College Archive has been very grateful to receive the jacket made from the fabric.

Margaret Johnson (née Todd, 1924-2011) came to Homerton College in 1947, and specialised in Biology and Craft (particularly weaving). As part of her studies she designed and wove the fabric for a tailored wool jacket, and this was donated to the archive in 2016 by her daughters, Elizabeth Wood and Helen Pitel.

Margaret had come to Homerton slightly later than most students, having worked in the Naval Cypher Office at the Dockyard in Alexandria, Egypt, and with the Women’s Transport Service (FANY) in both India and Burma (now Myanmar) during the war. Margaret had attended school in Malta, England, and Egypt, so did not have the same qualifications as other applicants. However, College Principal Miss Skillicorn gave her a chance, and Margaret achieved distinctions in both of her advanced subjects. At the end of a successful career teaching Biology and Craft, the Headmaster of The Ailwyn School, Ramsey wrote to her that her words and actions had set standards which others had followed, and he felt that they would not see her like again.

We were also grateful to receive for the archive images of Margaret’s ‘Special Study’, a project created about the history of weaving across the world. Her education was unconventional but it gave her a wealth of experience and knowledge that she was able to include in her Special Study. Margaret’s talent and passion for crafts is very clear and the jacket remains in excellent condition nearly 70 years later. The photos show Margaret wearing the jacket shortly after it was made, and again in 1994.

Did you create a similar memento during your time at Homerton, or do you remember doing a Special Study? We love to hear more about your experiences at College, so please do get in touch at 250@homerton.cam.ac.uk.