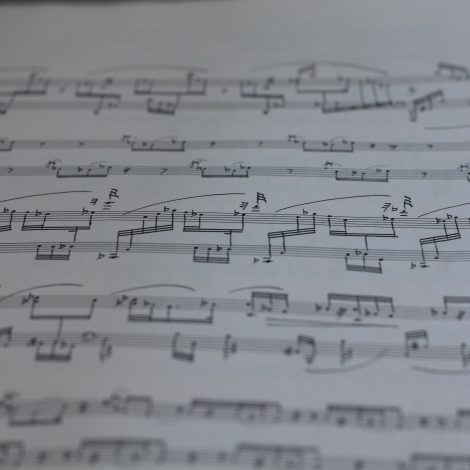 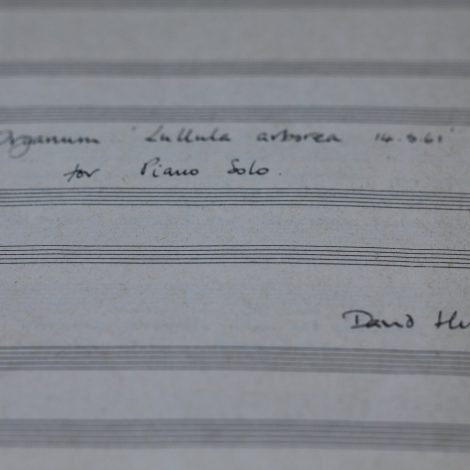 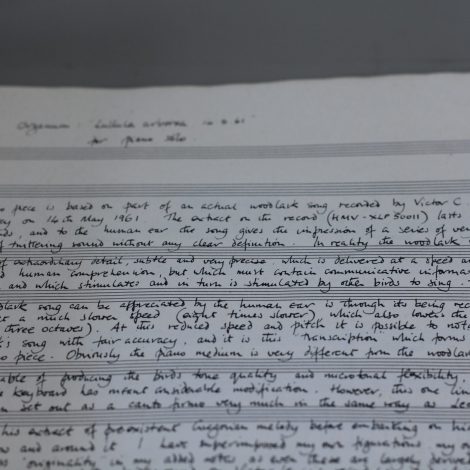 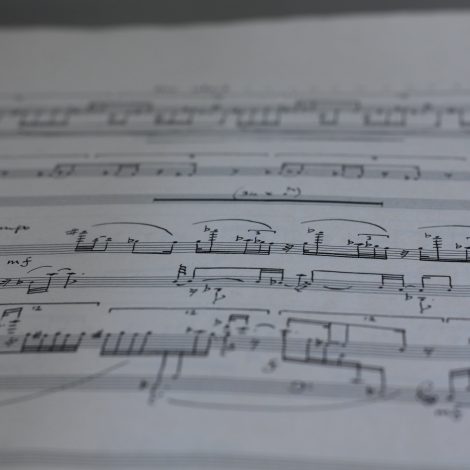 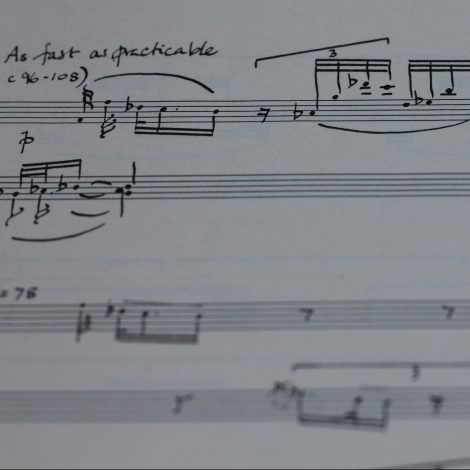 There is no human being capable of playing this ‘version’ in 52 seconds flat!

One of the most intriguing manuscripts in the Homerton College Archive is this piece for piano solo, written by David Hindley (Head of Music 1962-1985).

David Hindley was Head of Music at Homerton College for 23 years, between 1962 and 1985. As a composer, he became well known for his music based on recorded birdsong. One piece for which he received particular attention was a recreation of the song of the huia bird – a New Zealand bird which became extinct in 1907. Over 80 years later, Hindley used 1950s recordings of Maori elders whistling what they remembered of the bird’s call, as well as written descriptions likening it to other birds, to create his composition. In the same year Hindley also created his ‘best guess’ at the call of the dodo for The Really Wild Show (BBC).

Organum ‘Lullula arborea 14.5.61’ is a piece for piano solo based on the song of the woodlark. In his introductory notes Hindley explains the piece:

This piano piece is based on part of an actual woodlark song recorded by Victor C. Lewis in Surrey on 14th May 1961. The extract on this record lasts some 52 seconds, and to the human ear the song gives the impression of a series of very fast cascades of twittering sound without any clear definition. In reality the woodlark song is composed of extraordinary detail, subtle and very precise, which is delivered at a speed and pitch well beyond human comprehension, but which must contain communicative information to other birds, and which stimulates and in turn is stimulated by other birds to sing. The only way a woodlark song can be appreciated by the human ear is through its being recorded and performed at a much slower speed (eight times slower), which also lowers the original pitch (by three octaves). At this reduced speed and pitch it is possible to notate the woodlark’s song with fair accuracy, and it is this ‘transcription’ which forms the basis of this piano piece. Obviously the piano medium is very different from the woodlark’s syrinx, and is incapable of producing the bird’s tone quality and microtonal flexibility, so in adapting the song to the keyboard has meant considerable modification. However, this one line strand of sound has been set out as a canto firmo very much in the same way as Leonin would have set out his extract of pre-existent Gregorian melody before embarking on his organum, and above, below, and around it I have superimposed my own figurations, my organum. But there is far less ‘originality’ in my added notes as even these are largely derived from other songs by birds singing in the background on Victor Lewis’s recording, and which again come to light only through slowing down the original woodlark song. Compromise is inevitable.

There is no human being capable of playing this ‘version’ in 52 seconds flat! The most reasonable expectation would be 6+ minutes. Phrasing generally when not indicated is shown by note groupings. Written dynamics are suggestions only. Pedal(s) should be used with discretion. The canto firmo should receive some prominence.