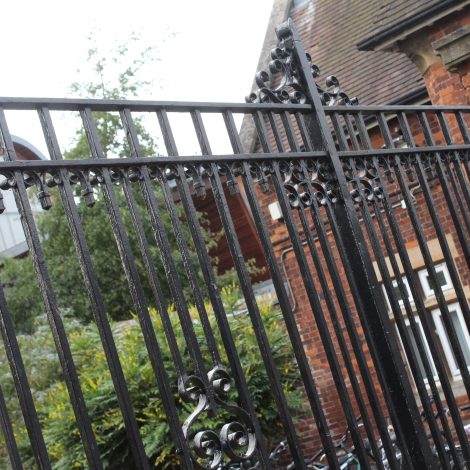 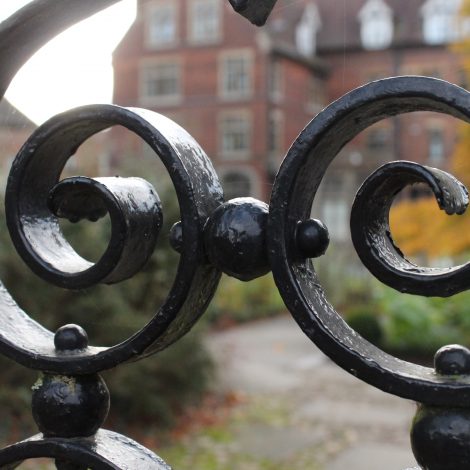 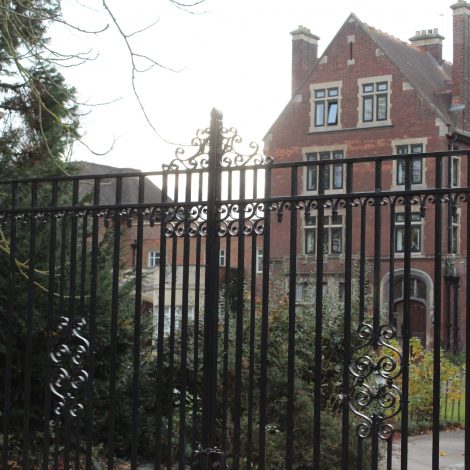 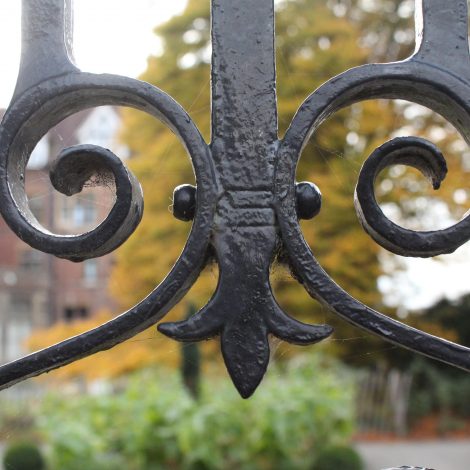 Presented with the warmest affection and esteem by present and former members of Homerton College.

Standing proudly opposite the Principal’s office, the Skillicorn gates are a testament to one Principal’s impact on her students.

Before the Mary Allan Building was created, the main entrance to Homerton College was opposite the Principal’s office in the Cavendish building. On May 19th 1956, a set of handsome wrought-iron gates were ceremonially opened to celebrate Alice Havergal Skillicorn’s 21st year as Principal. Now over 60 years old, the full set of gates is rarely opened as this is no longer the main entrance to the College, but the side gate is used daily by the College community.

The gates, designed by Molly Harrison, were a gift to Principal Skillicorn and the College from present and former students, and the Homerton Association, which created a ‘Gates Committee’ to involve students since Miss Skillicorn’s appointment in 1935. Former students from as far back as 1895, when the College was new to Cambridge, also contributed to the gates fund, as did Homerton College graduates in every continent of the world.

The impact Miss Skillicorn made as Principal of Homerton College is evident in the formal presentation of the gates:

The Wrought-Iron Gates at the entrance to the College are presented to you with the warmest affection and esteem by present and former members of Homerton College. Generations of students from all parts of the world have contributed towards this record of their gratitude and appreciation not only of your outstanding service to Education but also for the close personal interest in the students which has especially marked your years in Cambridge. We unite in our thanks and in good wishes for to-day and for the future.