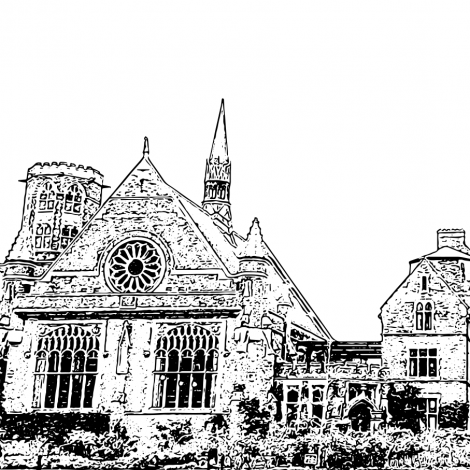 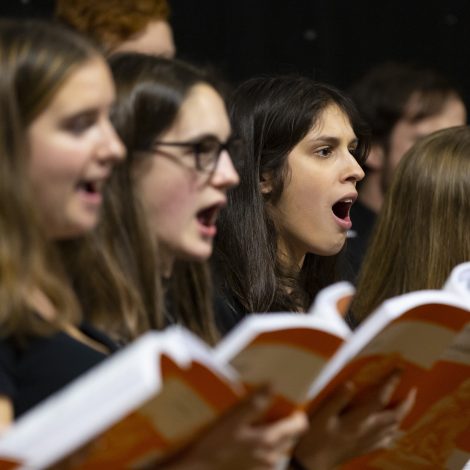 Winding down the year, a concert from ‘Homerton and Friends’, including newly commissioned music.

To close our year of anniversary celebrations, we hosted the biggest concert Homerton College has ever seen on Saturday, 24 November 2018. The concert was dedicated to the memory of David Hindley, Head of Music at Homerton from 1962-1985, who died in November 2018.

The programme began with Fanfare for Homerton by Nicolas Walker (Music, 2014). This was the winning entry in the 2017 Composition Competition, and had been premiered at the launch of our anniversary celebrations in October 2017. This was followed by the world premiere of Elevation – a new work by Dr John Hopkins, commissioned for the 250th anniversary. The starting point for the work was the skyline of Homerton’s buildings, each reflective of the time period in which it was built. This concept led to the formal structure of the work, which is ‘somewhat softened’ by ‘the groups of trees which bookend and punctuate the buildings.’ These sections include reference to work by Jean Sibelius (1865-1957), one of John’s main research interests.

Next, Homerton’s Accompanist Scholar Angelus Blank (Music, 2018) performed the first of four Ballades by Franz Chopin (1810-1849). The first half of the concert closed with another premiere, the winning piece of the 2018 Composition Competition by Benjamin Graves (PhD Composition, Darwin). Surely he hath borne our griefs is inspired by the establishment of the Methodist Church in North America in 1768. The close Bible study practiced by the Methodist faith is reflected in the ‘exploration of the passage’s sounds as much as its meaning’.

After the interval, at which refreshments were generously provided by our sponsor, Rothschild, excerpts from Handel’s seasonal classic, the Messiah, were performed. This was directed by Dr Daniel Trocmé-Latter and featuring both student and alumni soloists, as well as, for the first time, Charter Choir alumni.