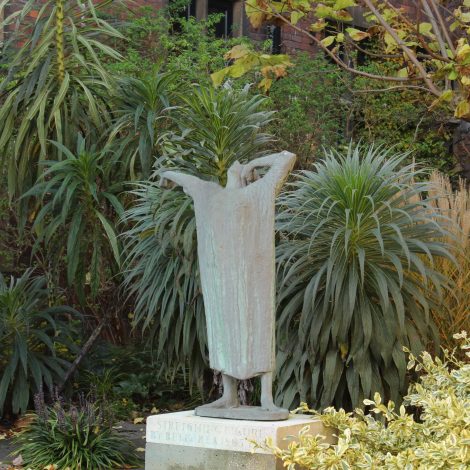 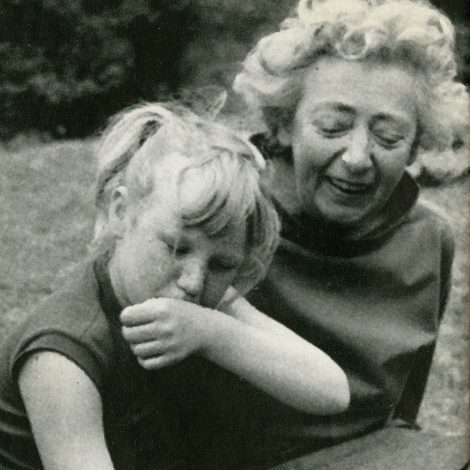 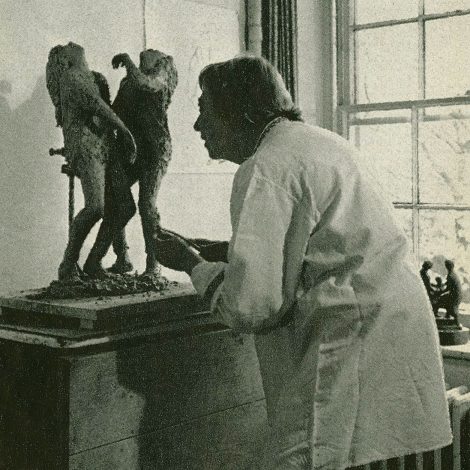 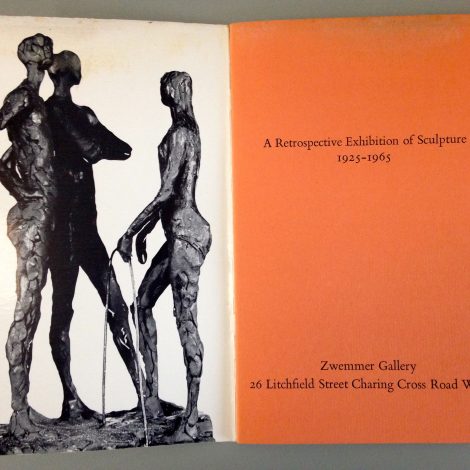 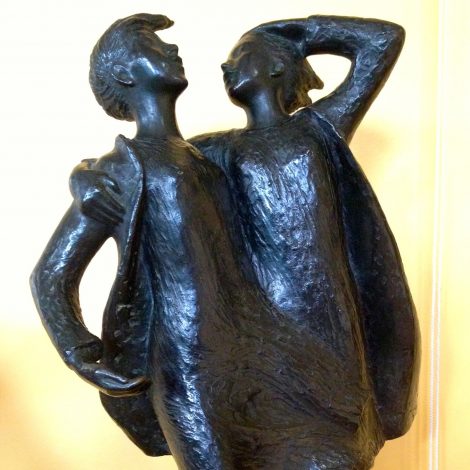 a ‘perceptive and highly intelligent imaginative poet of everyday life’.

Peter Cunningham, exploring the archive, discovers Betty Rea, who taught at Homerton College between 1949 and 1964.

Sculptor Betty Rea (1904–1965) contributed to Homerton’s reputation for the arts, teaching from 1949 to 1964. She was fervently committed to developing art education, and played a national role in the Society for Education through Art (SEA). At the Royal College of Art 1924-27, she was influenced by fellow student Henry Moore, who became a good friend. In the 1930s, partly through her friendship with J. D. Bernal, Rea became passionately committed to socialism and was an active member of the Artists’ International Association (AIA), the Communist Party Artists group, the Artists’ Refugee Committee, as well as Chair of the Arts Peace Campaign.

Betty had attended the progressive girls’ school Downe House, where head teacher Olive Willis believed girls should be stimulated in subjects outside the normal curriculum, that school should be seen in relation to life as a whole, never as an end in itself. Through AIA and SEA, Rea met the painter Nan Youngman who became her lifelong partner; together they brought up an extended family of Betty’s own two children and three which they adopted. She was indefatigable, enthusing students and colleagues with her energy and vivacity. Contributing to cultural organisations and events, she showed a selfless concern for social and political issues. In Manchester in 1955 she helped organise an exhibition ‘Looking at People’ for widening public access to art, at the Whitworth Gallery in Manchester, shown two years later in Moscow, to great acclaim from Soviet critics.

In Britain, gallery director Bryan Robertson described Rea as a ‘perceptive and highly intelligent imaginative poet of everyday life’. Her sculptures were composed from the human figure, in the style of English ‘social realism’, which however reject the propaganda of Soviet socialist realism. She demonstrated sensitivity to movement and balance, expressing diverse emotions, activities, and the grace of youth, as can be seen in Homerton’s ‘Stretching Figure’ outside the Cavendish building, and ‘Girls in a Wind’ in the Combination Room, with other sculptures in Cambridge and in public collections.