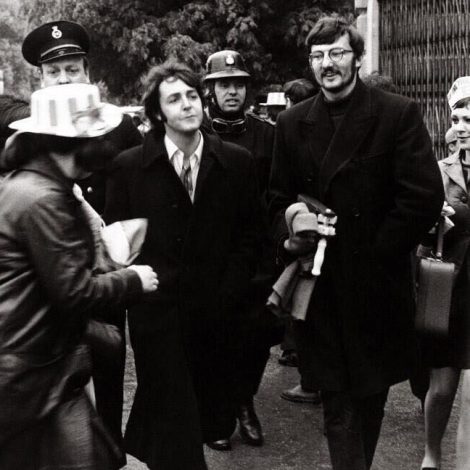 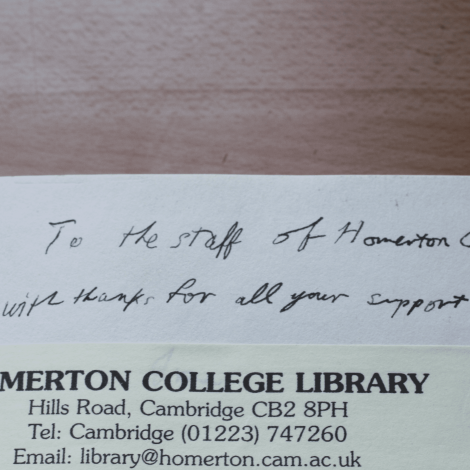 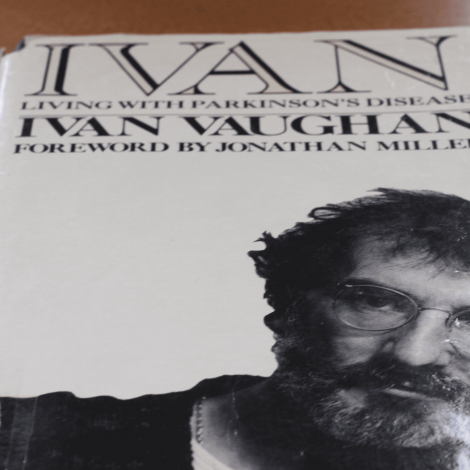 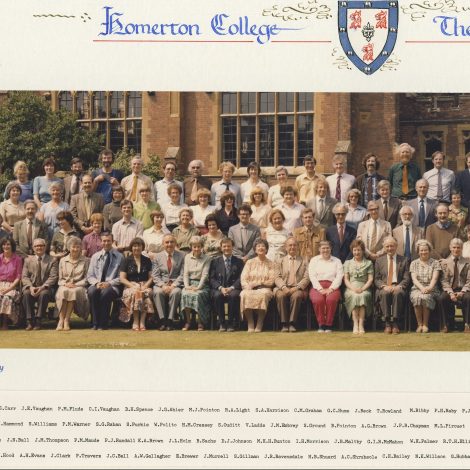 Ivan Vaughan taught Psychology at Homerton College from 1973 to 1983 when he had to take early retirement on grounds of ill health. However, Ivan’s story was not only situated in the world of teaching but had, as a central core, his relationship with the Beatles.

Jan Vaughan, lecturer in the French Department at Homerton College (1975-85), remembers her husband, Ivan, and his connection to one of the most famous bands in the world: The Beatles.

One day, when Ivan was a young boy in Liverpool, there was a knock at the door. It was John Lennon, asking if he could come round to play. His garden was directly behind Ivan’s and they were close friends from then on. Ivan once spent a day at John’s school, pretending to be a new boy. They shared a crazy sense of humour. In their teens, John and his friends formed a skiffle group called The Quarry Men. Ivan occasionally played on a tea chest, inscribed with ‘Jive With Ive, The Ace on the Bass’. While he never became a Beatle, many will remember him playing the bass in the bar at Homerton College – so all was not lost!

Ivan attended the Liverpool Institute and was later described by Peter Sissons, who attended the same school, as ‘a complete original with an entirely distinctive sense of humour’. Perhaps because of this humour he became a close friend of Paul McCartney. On July 6th, 1957, Ivan and Paul cycled to the summer fete at St. Peter’s Church, Woolton. The Quarry Men were playing, and Ivan introduced John Lennon to Paul McCartney. Paul tuned John’s guitar and played and sang an impressive piece. John listened. The Beatles were born.

As the Beatles rose to fame, Ivan continued his studies in Classics at University College London, and married me, but never lost touch with his friends. We lived in London and often met up with the Beatles – at their houses, at concerts, clubs, restaurants, parties – very different from our everyday lives. During this period came my only claim to fame. We were having supper at Jane Asher’s and Paul began to talk of a song he was writing. He wanted a French first name and an adjective that rhymed with it. My answer became ‘Michelle, ma belle, sont les mots qui vont tres bien ensemble’ – the chorus of the Grammy award winning song ‘Michelle’. When I was in hospital after the birth of our son, Paul visited and left a pile of bank notes on my bed, much to the surprise of the nurses!

Ivan was diagnosed with Parkinson’s Disease at a very young age. While the Principal of Homerton College, Alison Shrubsole, and his colleagues in the Education Department were all very supportive, eventually he had to take early retirement. When John Lennon heard that Ivan was ill he sent him several inspirational books from New York to help him cope with the illness. Following retirement, Ivan published the book Living With Parkinson’s, and featured in an Horizon film about the illness with Jonathan Miller. A copy of the book, addressed ‘To the staff of Homerton College, with thanks for all your support’, is held in the College Library.

Ivan died in 1993 and at his funeral we listened to Paul singing ‘Blackbird’. This was appropriate for their friendship and there was also a tame blackbird in our garden that used to eat from Ivan’s hand. From New York, Paul sent me a poem that he had written for Ivan – a poem which echoes with memories of their friendship and the crazy invented words that used to make them fall about with laughter. This poignant poem includes the lines:

A classic scholar he,

A rocking roller me,

As firm as friends could be.

In the staff photo (1981), Jan and Ivan are second and fourth from the left (respectively), top row.