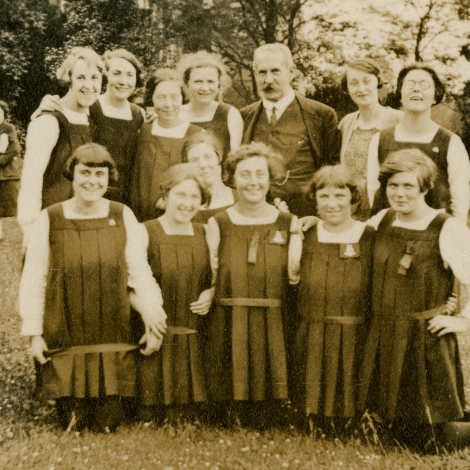 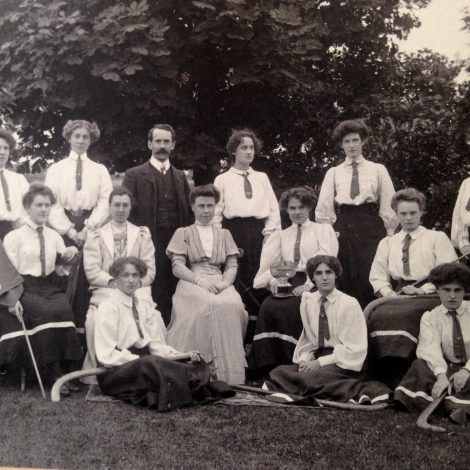 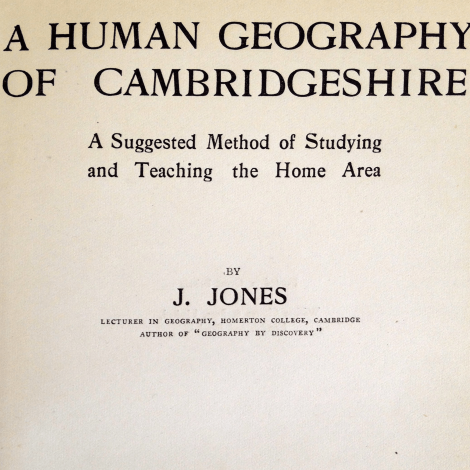 Joining the staff in 1893, Jones was the last male lecturer appointed until 1944!

John Jones was a student at Homerton from 1888-9, and later joined the teaching staff, following the College from London to Cambridge. As a Lecturer in Geography, he was inspirational to generations of students.

The remarkable John Jones stands out in Homerton’s history as a man whose career straddled the Victorian College in London and Homerton New College in Cambridge, well into the 1930s. A Homerton College student in 1888-9, near contemporary of Percival Sharp and Joseph Chapman, he received his ‘parchment’ (Teacher’s Certificate) in 1893 and in the same year was appointed as resident tutor at Homerton in Physics, Mathematics, Drawing, and Geography. Interestingly, Jones was the last male lecturer appointed until 1944! Outstanding and versatile, as a young tutor, he played for the college football team and headed the bowling average for cricket in 1894. After the move to Cambridge, Homerton College decided to only admit female students from 1896. In his long career on the staff of the women’s college, Jones coached the hockey and netball teams, and also achieved distinction as a published geographer.

Geography featured prominently in the 1920s and 1930s as one of the subjects in which the College excelled. As a result of this, the Cambridge University Diploma in Geography became an optional third year course. Prominent academics from the University were appointed examiners and declared the best work at Homerton to compare with Second Class and even occasionally First Class Honours standard work in the Cambridge Tripos. John Jones’ academic output lived up to the best of the mostly female inter-war lecturers – many of whom were Cambridge graduates. He published books from 1920 onwards, especially on the Cambridgeshire region. Through these, he advocated the progressive innovation of children in school as well as older students, learning ‘geography by discovery’ through study of their local area.

Jones also served for some time as Headmaster of the Morley Memorial practice school. He inspired students, including the prolific travel writer Grace Dibble and surviving personal correspondence as well as individual memories testify to his encouragement, kindness and wit.