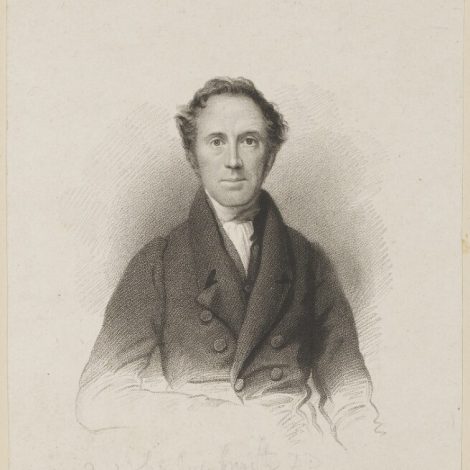 One of the longest serving Principals at Homerton Academy, London

John Pye Smith (1774-1851) was Theological Tutor, effectively Principal, of Homerton Academy from 1806-1850. Born to a Sheffield bookseller John Smith and his wife Mary, John Pye Smith had little formal education, instead teaching himself using the many books available to him in his father’s shop. He was apprenticed to his father, and worked as editor of Sheffield’s The Iris newspaper for six months as a young man, but a developing wish to become a Minister took him away from the print business, and from Sheffield.

In 1800, after completing his studies at the Rotherham Academy, Pye Smith was appointed Resident Classical Tutor at Homerton Academy, and became Theological Tutor in 1806. Notable students at this time included Robert Halley, who went on to become the Principal of New College, London; Samuel Dyer who became a missionary; and William Johnson Fox, minister and politician.  John Pye Smith was also a mentor to Samuel Morley, who would become hugely influential in Homerton’s later developments.

Alongside his position as Theological Tutor, in which he remained until his retirement, John Pye Smith strongly campaigned for the abolition of slavery, and often appeared on political platforms. He also welcomed the scientific discoveries of his day, and wrote at length about the relation between science, especially geological science, and faith. For some people at this time, the growth of scientific knowledge risked undermining elements of the Christian faith. In recognition of his work, John Pye Smith was elected a Fellow of the Geological Society in 1836, and was the first Fellow of the Royal Society from a Nonconformist – or Dissenter – background.

A key figure among the Victorian Dissenters, John Pye Smith proved to be a great inspiration as tutor to numerous students at Homerton Academy. Always engaged in controversial issues and debates, from his support of the abolition of slavery to his published pamphlets on Nonconformity and the Christian faith, John Pye Smith represents the character and forward thinking attitude of Homerton College.