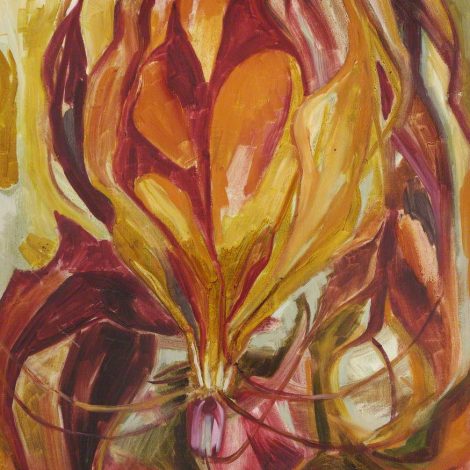 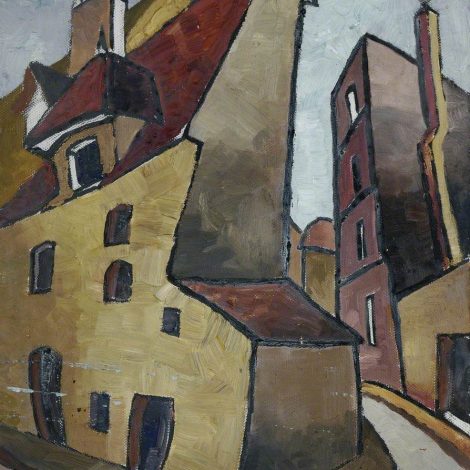 Her unique character and encouraging teaching meant that she was an inspiration to generations of students.

Kathleen (Kay) Melzi was an inspirational Art teacher at Homerton College from 1938 until her retirement in 1970. Her unique character and encouraging teaching meant that she was an inspiration to generations of students. During her time at Homerton College, Kay Melzi helped students to craft pottery to very high standards and she made a significant contribution to the improvement of Art teaching in schools. Her 1967 book Art in the Primary School is still regarded as a standard textbook. During the Second World War, she ran art classes on Saturday mornings for evacuees, and continued these with local children after it.

As well as an inspirational teacher, Kay Melzi was also a respected artist in her own right, and a number of her artworks are displayed in Homerton College. She studied at the Royal College of Art, and it was her influence that persuaded the celebrated war artist Henry Lamb to paint the portrait of Principal Alice Skillicorn in 1954.

Alumni remember her very precise, clipped, way of speaking, which occasionally resulted in a misunderstanding. One alumna, who attended Homerton between 1943-45, recalled an occasion when students were invited to draw an image of ‘workmen around a brazier’ but what the students heard was ‘workmen around a brassiere’! Melzi is also remembered for her incredibly positive feedback. No matter how poor the artistic attempt, she encouraged every student to achieve more than they had thought possible. Her frequent response – ‘Very interesting, Miss …’ – became legendary.

Do you remember being taught by Kay Melzi? We would love to hear your stories and memories!