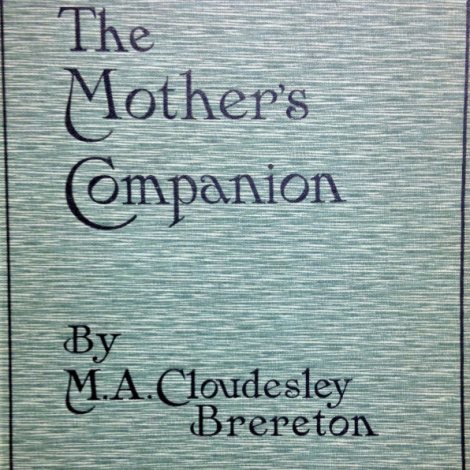 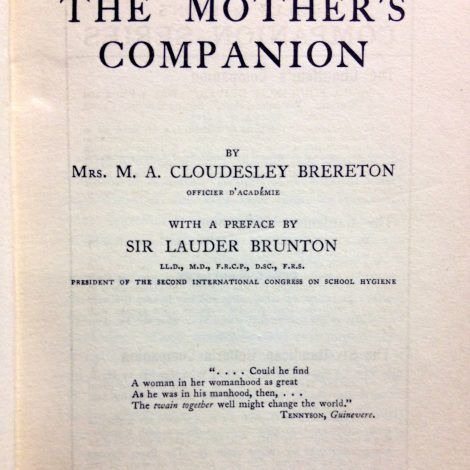 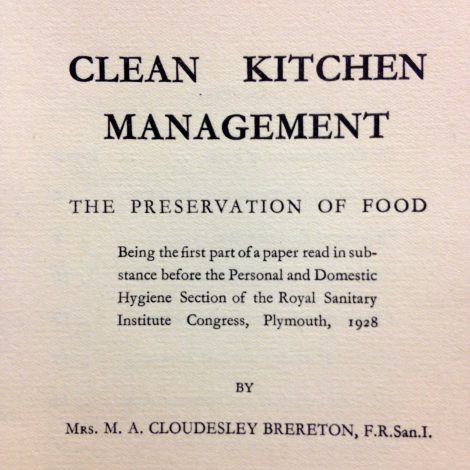 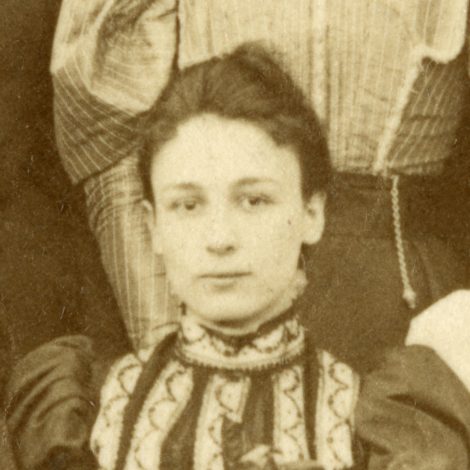 ‘a gallant woman who believed in women’

Maud Cloudesley Brereton was Resident Tutor at Homerton College from 1897, and became Acting Principal in 1902. Following this, she became hugely influential in the sphere of public health, particularly focused on domestic settings.

A teacher trained at Hockerill College in Essex, Maud Ford had been headmistress of three girls’ secondary schools before joining Homerton College as a Resident Tutor in 1897. In the same year she married Principal John Horobin and they had a daughter and two sons. John Horobin died just a few years later in 1902. Her feelings at this sad turn of events are hardly imaginable, but she took on the role of Acting Principal for one year, and Bursar for another year, before marriage to Cloudesley Brereton in 1904. Cloudesley was a graduate of Cambridge, Paris and Lille, inspector of schools, author and lecturer at home and overseas. Maud and he had two sons.

After ten years’ of married life and five children, in 1909 Maud Brereton published The Mother’s Companion.  This sensitive and rationally argued book asked mothers to look inward at the home’s ‘delicate network of duties, privileges, joys and sorrows … to lighten and brighten … the seemingly common round and trivial task.’ Maud continued by pursuing an independent and distinguished career as an author and activist in domestic and public health. One of the founders of the British Gas Association, she edited the Gas Journal from its foundation in 1912 to 1932; she was the only female Honorary Fellow of the Institution of Sanitary Engineers, a member of the Royal Institute of Public Health, and Chair of the Association for Education in Industry and Commerce. She was decorated Officier d’Académie by the French government for international services to public health.

Between the wars her published addresses included a practical and scientifically grounded argument for domestic refrigeration to prevent food poisoning, and a powerful attack on the injustice and economic inefficiency of unemployment, with a call for business and government to develop systematic sharing of both labour and leisure.  A younger colleague wrote in The Times after her death, of Maud’s ‘competence, courage … efficiency and gracious femininity’, ‘a superb mother, wise, tender, ever close’, ‘a gallant woman who believed in women’. Her daughter, Norah Maud Horobin, followed her mother’s early calling as headmistress of two girls’ High Schools before ending her career as headmistress of Roedean School in Brighton from 1947-61.