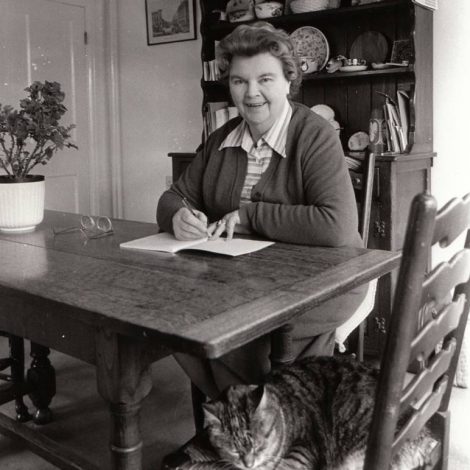 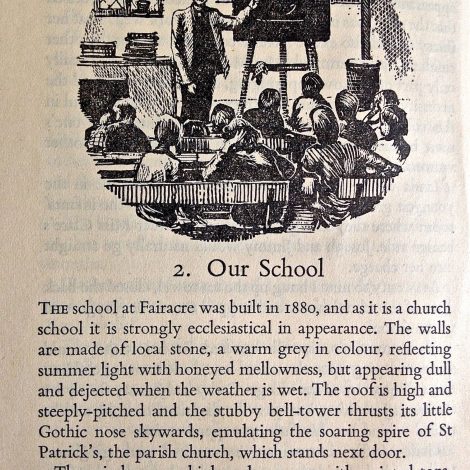 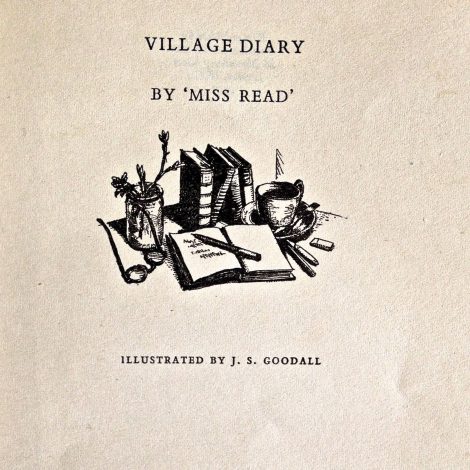 Her three most popular novels were combined to become a successful musical called ‘Meet Miss Read’.

A student at Homerton College in the early 1930s, Dora Saint (née Shafe) honed her gift for story-telling on teaching practice. One supervisor observed her as ‘a happy inspiring child with children; yet there is a deeper and quite creative force beneath’. On another occasion ‘she succeeded in transporting a restless class to another world’, according to her College report. She had narrowly survived Spanish flu as a young child after World War One, and was then brought up in the countryside for her health. Experiences of village life found their way into her hugely successful novels that began with “Miss Read’s” Village School in 1955, and continued through forty titles in addition to children’s books and two volumes of autobiography. The books were reprinted in countless editions, and her romantic picture of English village life found an international readership including huge popularity in the USA. Her three most popular novels, Village School, Village Diary and Storm in the Village were combined to become a successful musical called ‘Meet Miss Read’.

At Cambridge she fell in love with the city and with the poetry of Rupert Brooke, both of which, her daughter recalled, gave her great pleasure throughout her life. Following World War Two she wrote light essays, book reviews and scripts for the BBC. Her work as a supply teacher inspired short articles for Punch magazine. Her portrayal of ambitious middle class teachers frustrated by uncomprehending rural pupils no doubt tickled the humour of post-war readers and their social stereotypes. Having grown up in the Kent countryside, her married life continued in Oxfordshire and Berkshire, where she drew on familiar rural sources for her fictional villages of Fairacre and Rush Green. In 1998 she was awarded an MBE for her services to literature.

We are very grateful to Jill Saint, Dora’s daughter, who sent us the photo of Dora. Jill also told us that the cat in the picture, named Stripey, was the daughter of Tiggy – the subject of Miss Read’s book of the same name!