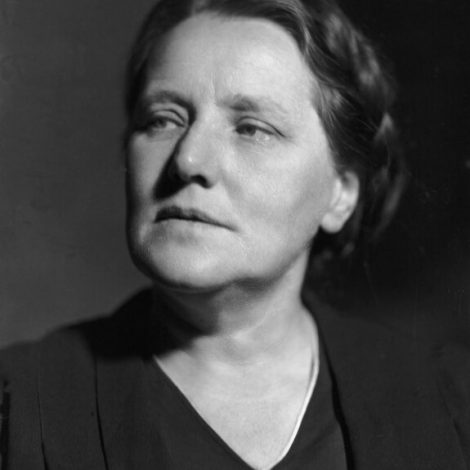 ‘There is an urgent need to-day for the citizens of a democracy to think well.’

Professor David Bridges, Emeritus Fellow, explores the life and work of Susan Stebbing - a visiting lecturer at Homerton College between 1911 and 1914.

If Homerton wants to find a model for its free thinking tradition, it could do worse than look at the life and career of Susan Stebbing. Susan taught at the College between 1911 and 1914, though as a visiting lecturer because she also held a post at Bedford College in London. We are not entirely sure what she taught.

As an undergraduate at Girton College, Stebbing had read History, but, after devouring a book by the metaphysician F.H.Bradley, she developed a passion for philosophy. She therefore stayed at Girton to read for Part One of the Moral Sciences Tripos and then completed an MA in Philosophy at London. She clearly had too a passion for education, perhaps developed through her association with Homerton, because in 1915 she became Principal of Kingsley Lodge School for Girls in Hampstead. Stebbing held this position, while developing her significant philosophical work, until her death in 1943.

The main philosophical influence on Stebbing’s work was G.E.Moore, whom she encountered both as an undergraduate and then upon her return to Cambridge as Director of Studies in Moral Sciences at Girton and Newnham in the 1920s. She embraced Moore’s defence of common sense and an ordinary language, analytic approach to philosophical questions. Her book A Modern Introduction to Logic (1930) became an indispensable guide for undergraduates. More controversial was her Philosophy and the Physicists (1937) in which she debunked the hyperbolic and pretentious style of, among others, the physicist Sir Arthur Eddington (now honoured in the name of the new Cambridge University northwest campus!).

Stebbing’s book Thinking to Some Purpose reached a wider audience with its lucid exposition of many fallacies in the public discourse of journalists and politicians. In the context of the lies, false news, alternative facts and ubiquitous confusions of the political debate of our own age, Stebbing’s exhortations in this 1939 publication have a very contemporary ring:

There is an urgent need to-day for the citizens of a democracy to think well. It is not enough to have freedom of the Press and parliamentary institutions. Our difficulties are due partly to our own stupidity, partly to the exploitation of that stupidity, and partly to our own prejudices and personal desires….

Some of our ineffective thinking arises from a proper desire to have a confident opinion about complicated issues. Unfortunately, few true statements about a complicated state of affairs can be expressed in a single sentence. … We easily fall into the habit of accepting compressed statements which save us from the trouble of thinking.

Susan Stebbing, Thinking to Some Purpose (1939)

Professor David Bridges, an Emeritus Fellow of the College, taught philosophy of education at Homerton between 1968 and 1990 when he went to a Chair at the University of East Anglia. He is an Honorary Vice President of the Philosophy of Education Society of Great Britain.