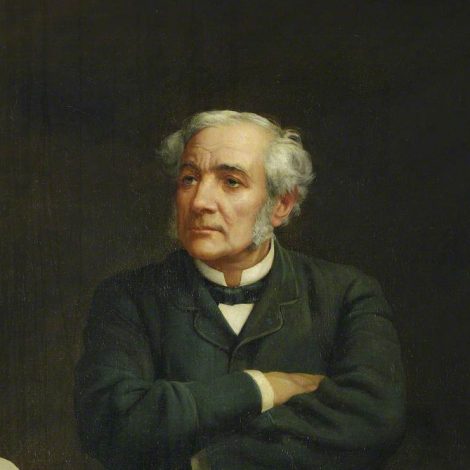 Homerton College’s success in the 19th century was in part due to three generations of the Morley family.

Samuel was also on the Board which funded nonconformist academies like Homerton, and through this role successfully negotiated Homerton’s transformation into an institution for the training of teachers. Homerton had previously been solely to train young men for ministry, but it was decided in 1850 that the theological function of the College would be transferred to New College, as part of the University of London, and Homerton’s future was therefore secured by its new role as a teacher training college, for both men and women. Because of his work to arrange this, Samuel Morley was regarded as the founder of Homerton College as a teacher training institution.

Towards the end of his life, Samuel Morley also made large donations to the College. After his death, Morley’s son Samuel Hope Morley also became Treasurer of the Homerton College Society, and continued the work of his father to move Homerton into the buildings of the vacant Cavendish College, Cambridge. Hope Morley also laid the foundation stone of Morley Memorial School in Blinco Grove, in memory of his father, which was created to provide teaching practice for Homerton students.

Samuel Morley is also remembered today by Morley House, our newest postgraduate accommodation block, and by his portrait in the Great Hall. As all other portraits in the Hall depict previous Principals, Morley’s presence is a constant reminder of his great contribution to the development of Homerton College.