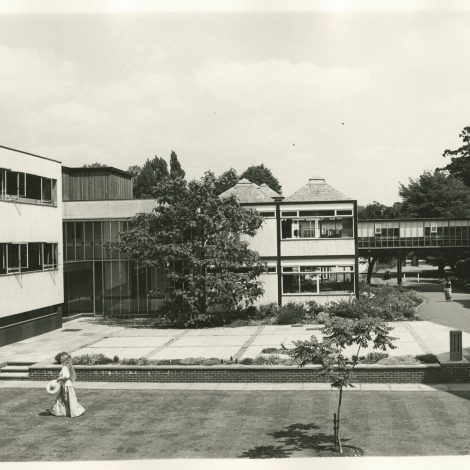 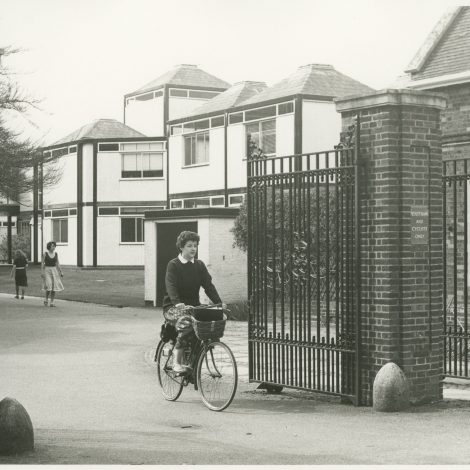 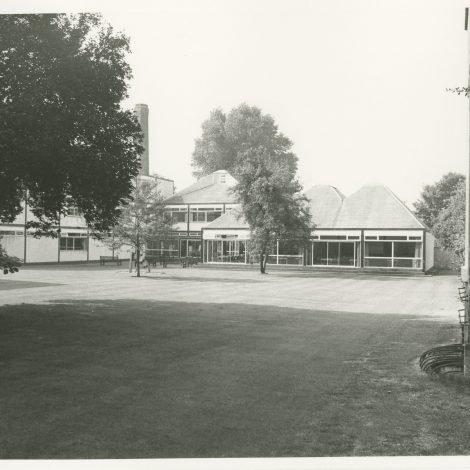 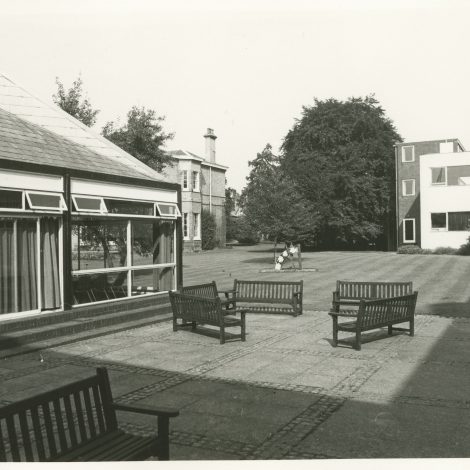 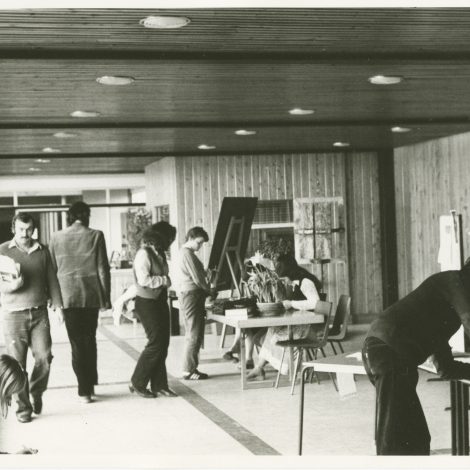 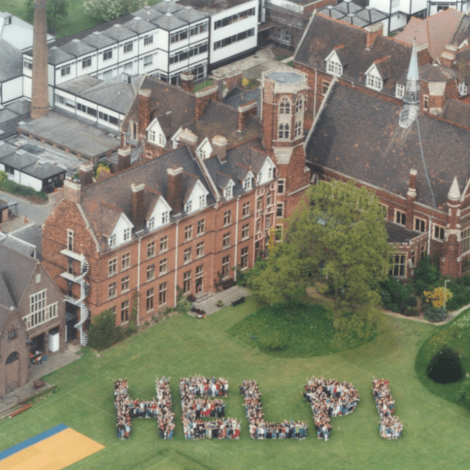 Peter Cunningham remembers the Black and White Buildings, which were a key part of Homerton College between the 1960s-90s.

The distinctive ‘Black and White Buildings’ were a creation of the late 1960s and early 1970s, after a survey encouraged Homerton College to improve their teaching and dining facilities. They took advantage of the newly acquired Trumpington House and its gardens.

A bold modernist statement, their black steel frames and white concrete panels were in deliberate contrast with the older red brick residential buildings, yet their scale and arrangement were aesthetically pleasant and collegial. They accommodated mature trees and green lawns of the Victorian garden, countering but not dominating nature. They radiated around a recent science block built in 1961, and embraced the Maxwell Fry nursery building from 1941, echoing but not imitating the modernism of these two buildings, and introducing a wholly new visual and structural vocabulary to the College.

Their architect was Christophe Grillet, graduate of Trinity College and University lecturer, who designed other distinguished buildings in Cambridge and in Oxford.

This complex gave a radical uplift to the college environment, suited to the radical innovations students encountered in the field of education, and provided modern rooms for activity learning and tutorial work. It physically re-orientated the College, locating two focal points of college life – library and dining hall – to the north of the Victorian buildings, with a Porters Lodge at the junction of old and new. It included other social facilities such as Buttery and College Bar; for alumni of that era the black and white buildings may evoke parties and gigs as much as tutorials and lectures.

Always intended as temporary structures, the Black and White Buildings were demolished in 1998 once the Mary Allan Building had been completed. The MAB now houses the Porters’ Lodge and Library, at the opposite end of the site, and the dining hall has since been located in the Great Hall – the focal point of the Cavendish Building. However, this will shortly be relocated again, as plans are in place to build an impressive new dining hall, designed by Feilden Fowles, to better serve the College today.