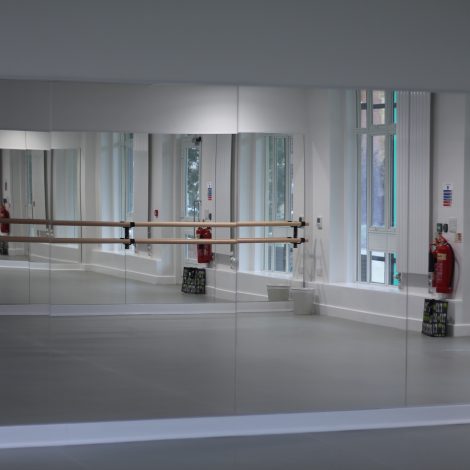 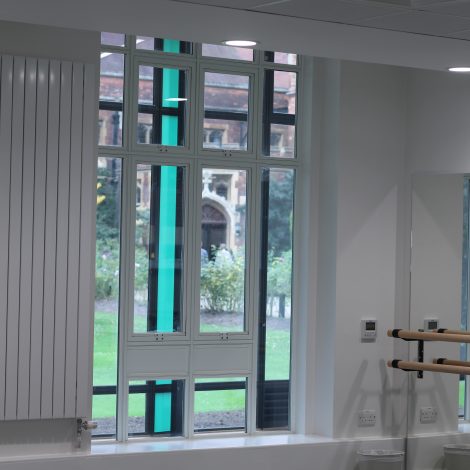 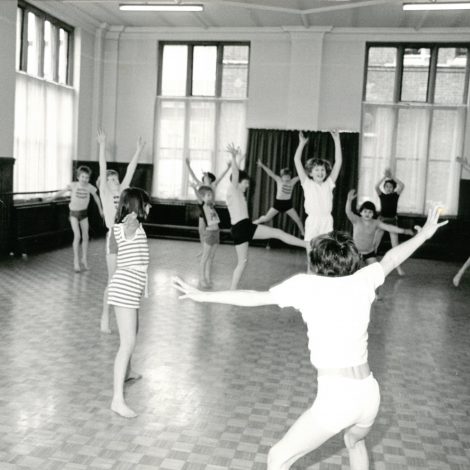 Stunned by this proposal, they accepted it!

Trish Maude joined Homerton College in 1974, and was Head of the Physical Education Department for many years, with a focus on Gymnastics. She remains an integral part of College life as a Retired Senior Member, and is involved with the Charter Choir as the College Lay Assistant. She remembers the eventful day when she made sure that Dance could never be forgotten at Homerton College.

“In the 1970s, the Dance Studio was in the centre of the Cavendish Building, in the area that is now the Finance Office. It was a fantastic space to teach dance, with large bay windows, a good floor, and cupboards for all the equipment. At this time, the Primary Physical Education teaching course involved 40 hours of PE and 40 hours of private study, and each student taught two lessons of dance, gymnastics, and games to pupils from Morley Memorial School before going elsewhere on their school placements. Then, the school did not have a hall so the pupils came to Homerton for all their PE lessons – in the Great Hall, the Dance Studio and the Gymnasium (now the Combination Room).

At this time, computers started to become more and more important, and there were plans to turn the Dance Studio into a Computer Lab. The Dance Studio was vital to the PE course so an architect and a representative from the Department of Education visited to see what could be done. Trish waylaid them to ask if they would consider a new purpose-built Dance Studio, explained the possibilities and advantages, and showed them a site where it could be built. The visitors were not quite convinced.

But Homerton is a growing, changing College and the Dance Studio that Trish cartwheeled for has had to make way for the exciting new Dining Hall that is being built. But that is not the end of the story: Dance remains integral to College life and a brand new, purpose-built Dance Studio now sits alongside the brand new, purpose-built Gym in Queen’s Wing. This time, no cartwheels were required!”