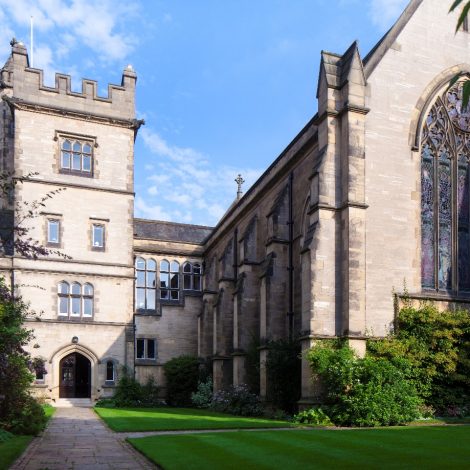 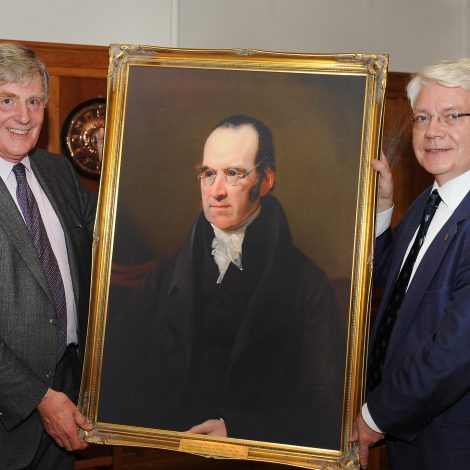 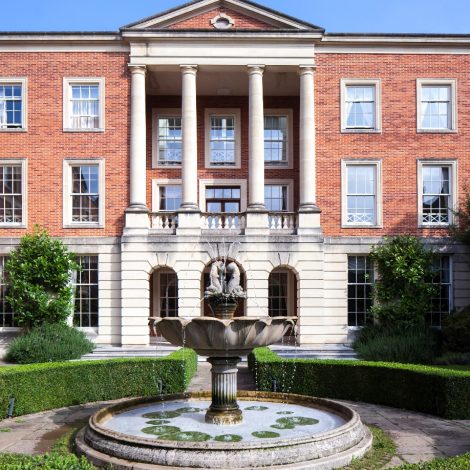 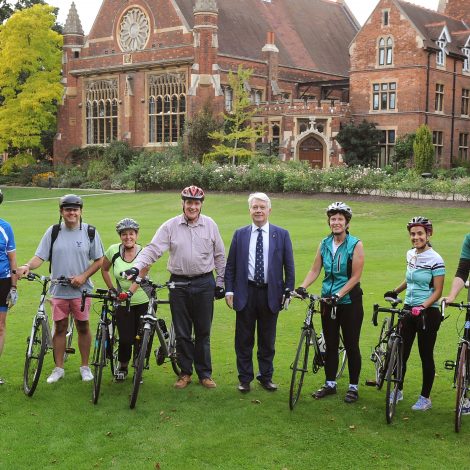 Harris Manchester College, like Homerton College, has its roots in English dissent and was founded as the Warrington Academy in 1757.  However, the students became unruly in 1785, at a time when the Academy was also desperately short of money, which resulted in its closure.  The books and funds were transferred to Manchester where it reopened as the Manchester Academy in 1786.

In 1803, the Council of the Manchester Academy had the good sense to approach Charles Wellbeloved, a Homerton College alumnus, with a request to take on the role as Head of the College.  Wellbeloved refused to move from York to Manchester, so the College made the reverse move from Manchester to York.  Under his leadership, the College entered a new period of growth and development, which culminated in the College receiving a Royal Letter in Counsel from Queen Victoria, making it a College of the University of London. Whilst a Unitarian himself, Wellbeloved was resolved to avoid teaching a specific system of doctrine so as to encourage free-thinking and initiative in his students.

Homerton College had given Wellbeloved a remarkable education, which he used to the benefit of Manchester College, and to make an impact on the City of York.  In York, he took over the chairmanship of the Lunatic Asylum and turned it into a model of nineteenth-century mental health care.  He saved the walls of the City of York, preventing the City Council from pulling them down in 1819.  He was instrumental in raising money for the rebuilding of York Minster after it had been struck by lightning, and also excavated St Mary’s Abbey with a trowel on successive Saturday afternoons.  As an academic he lectured 5 hours a day, 5 days a week and was a good classicist, an able theologian and an outstanding historian.  During all this time, he was also the full time minister of St Xavier’s Church in York.

This painting of Charles Wellbeloved, which now hangs in the Drawing Room, was gifted to Homerton College by the Principal of Harris Manchester College at an exchange dinner in September 2016. Dr Waller, along with a group of fellows and the Vice-Chancellor of Oxford University, Professor Louise Richardson, cycled the 85 miles between the Colleges to celebrate our shared heritage and friendship, raising £1,000,000 in scholarship and bursary funds for Harris Manchester on the way.

Harris Manchester will be forever grateful to Homerton for this remarkable man who, for 37 years, faithfully served the College and, in his person, is a link between our two Colleges.  It is of real interest that the dissenting academies of Homerton and Manchester, which were both founded to offer an alternative education to that provided by the ancient Universities of Oxford and Cambridge, should have ended up as Colleges of those two ancient Universities.  It is highly appropriate that they are twinned.