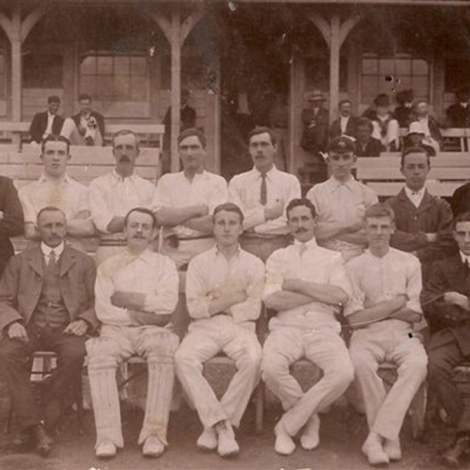 In order to keep fit in the off-season, they played football during the winter.

In 1881, when Homerton College was still in East London, a group of alumni formed the Glyn Cricket Club. Matches were played in Victoria Park, London’s oldest public park which stretches across the East End of the city, with the Queen Elizabeth Olympic Park now nearby. After a few years, the name was changed to the Eagle Cricket Club, and in 1888 the members decided that to keep fit in the off-season they should play football during the winter on Hackney Marshes. Around this time the name was also changed to Clapton Orient, as the team played in the Clapton and District League and some of the club’s members worked for the Orient Steam Navigation Company (now the P&O shipping group). The club thrived and in 1905, along with Chelsea Football Club, it joined the Football League (Second Division). The club moved to Leyton in East London in 1937 and after the Second World War the club’s name changed once more, to Leyton Orient Football Club.

In the early years of the 21st century, the link between College and Club was reformed, thanks to the research of Steve Jenkins, Neilson Kaufman, and Homerton’s Peter Warner. In 2003, they arranged for the Homerton College Football Team to play the Leyton Orient Supporters’ Club, and this became an annual match for a number of years, with fixtures both at Homerton College and at Leyton Orient’s Brisbane Road Stadium in London.

To celebrate the association, commemorative plaques have been unveiled at both locations. In London, the plaque is located above the door to the Leyton Orient Supporters’ Club House, looking out towards the Olympic Village, and at Homerton College it can be found in the Fellows’ Dining Room.