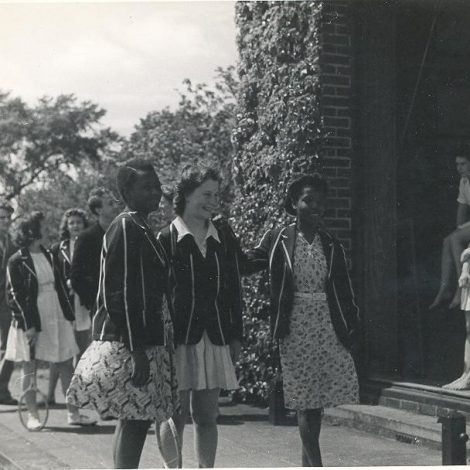 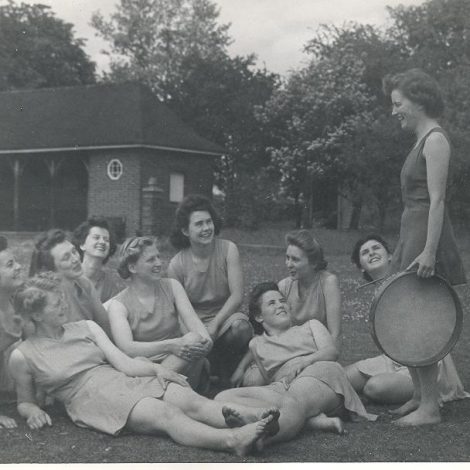 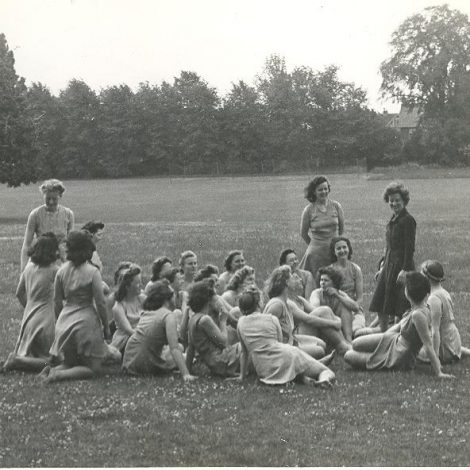 only a few stills remain

Filmed at Homerton in 1944, The New School has never been found.

During the Second World War, the Crown Film Unit was established to create short information films, wartime propaganda, and other documentary-drama style productions for the British public. One such film, entitled The New School, was filmed at Homerton in 1944.

A few stills from the production remain in the College archive, showing a group of actors and a production crew outside the Ibberson building. We can only put a name to one face: that of a young Peter Cushing, who would go on to star in films such as The Curse of Frankenstein (1957) and Dracula (1958). He also starred as Grand Moff Tarkin in Star Wars (1977), and was the subject of a small controversy due to his posthumous appearance, through a CGI recreation, in Rogue One: A Star Wars Story (2016).

Little more is known about the film. It appears to have been commissioned by the Ministry of Education to encourage ex-service personnel to train as teachers, and Homerton’s tutor in education, Robina Macintyre, served as an advisor to the production team. Unfortunately, the film was never actually shown, believed to have been banned from release by the government of the day, and has since been lost. Retired Senior Members Peter Warner and Peter Cunningham have searched far and wide over the years, including the National Archives, the British Film Institute, and even the Museum of Modern Art in New York, but to no avail. We hope that one day a copy may be found, and the film can finally be shown at Homerton College.