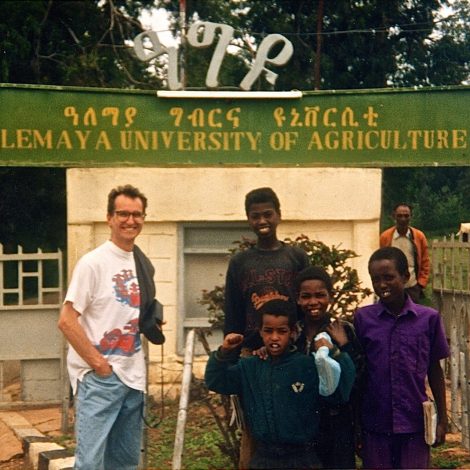 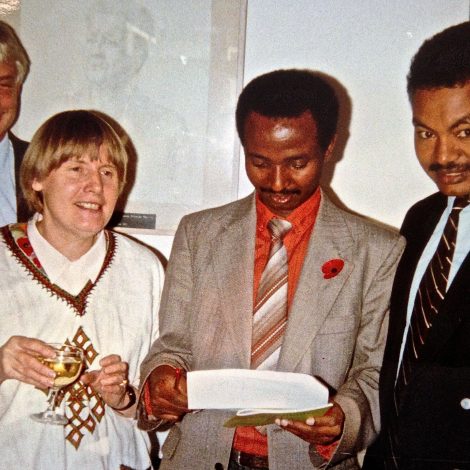 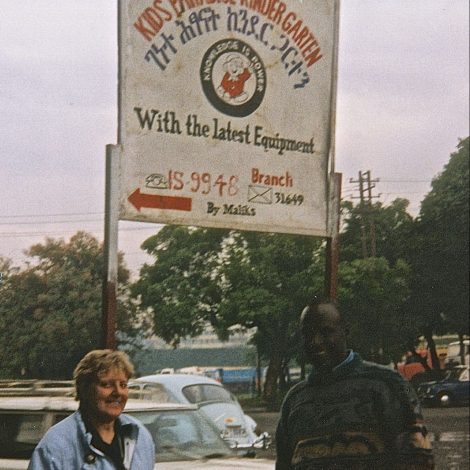 Our link with Kotebe College was considered the most enduring and successful of the British Council’s academic links in Africa.

Homerton and the World

International relations of many kinds have enlivened the Homerton College community. In earlier times ministers trained at Homerton joined missionary societies to preach the gospel overseas. In the last century occasional students from around the globe arrived for teacher education, and a regular trickle of graduates would take their skills to teach in countries of the British Commonwealth and beyond. It was a natural development rather than dramatic innovation when in the last fifty years Homerton College became increasingly involved in Overseas Development Education.

An outstanding feature was Homerton’s link with Kotebe College, Addis Ababa, Ethiopia. This was initiated by David Bridges in the years 1986-90. With British Council support, this was to support teacher education in Ethiopia (then recovering from the famine of 1984 and suffering under the Stalinist regime of the Derg). Exchanges continued until 1998, coordinated by Sylvia Williams from 1990, and was considered the most enduring and successful of the British Council’s academic links in Africa.

Homerton continued to collaborate on projects in Guyana, Ghana and Belize, Pakistan, and Bangladesh. Individual members of the College sustained links with Sweden, Russia, and Japan, whilst in another direction, a fruitful Junior Year Abroad programme for American students was initiated and led by John Hammond. John Murrell developed strong links between Homerton, George Peabody College, and Vanderbilt University in Nashville, Tennessee, bringing students to Cambridge on internships. From 2012 a continuing collaboration saw a number of senior members engaged on educational projects for Cambridge University in Kazakhstan, with Kazakhstani teachers visiting the college to gain professional experience or to undertake doctoral research.

I had a chance to tour my old room in Queen’s Wing prior to the recent renovation. The paint was different, and the furniture had been updated since my days as a Junior Year Abroad (JYA) student at Homerton, but the same sense of excitement and the vivid memories of that time came flooding back. I still feel so lucky to have gone to the friendliest College in Cambridge, and to have experienced the life-changing opportunities that an education here provides.