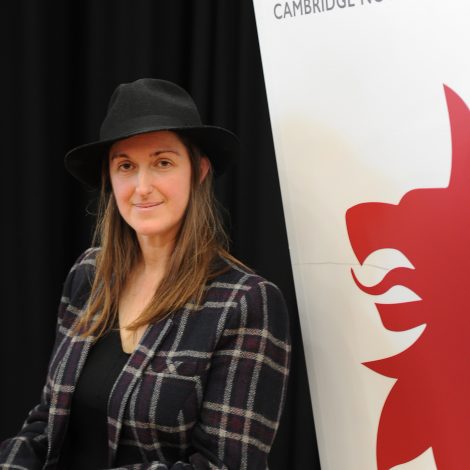 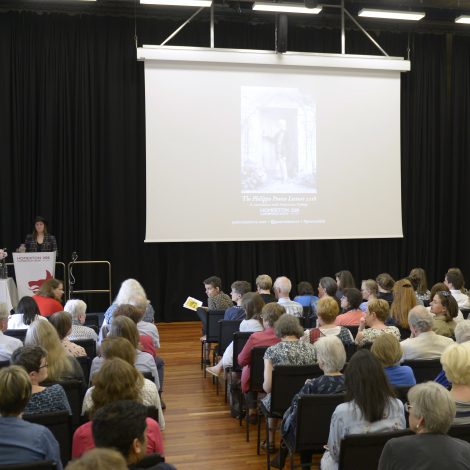 The tenth Philippa Pearce Lecture, an annual event that celebrates excellence in literature for children, will be given by acclaimed author Frances Hardinge.

The tenth anniversary Philippa Pearce Lecture was held at Homerton College on Thursday, 19 April 2018. It was delivered by Frances Hardinge, a highly acclaimed children’s author whose novels include Fly By Night, Twilight Robbery, the Carnegie-shortlisted Cuckoo Song and Costa Book of the Year winner, The Lie Tree.

In her lecture, Frances explored the darkness, shadows, and the things hiding within which permeate children’s literature. Menace often appears through suggestion or allusion – the half-heard whistles in Philippa Pearce’s The Shadow Cage, the puzzling language and mysterious meaning of Lewis Carroll’s Jabberwocky. Is this to hide the darkness from well-meaning adults? Those who would flick the light switch and rationalise the shadows, who forget that the light is only a respite from the dark?

Children’s authors, Frances discussed, must play an important role in acknowledging the darkness of childhood. They see the shadows too, and can reassure the child that they are not alone. Philippa Pearce herself understood this well, as Frances pointed out. In The Shadow Cage, the child is rescued at the last by an adult who is able to step outside of the adult mindset, and to hear and recognise the reality of the menace. However, most importantly, children need to learn that they can fight the shadows; they just need the right kind of light.

The prestigious Philippa Pearce Lecture is an annual event that celebrates excellence in literature for children. It provides a platform for the very best children’s authors, poets and illustrators to reflect on their art. Always thought-provoking, the lectures have tackled such topics as the significance of time, the place of fear, and what poetry is for.

The lectures were established in 2007 by the family, friends and colleagues of the highly distinguished children’s author, Philippa Pearce. They attract a regular and wide-ranging audience of academics, writers, publishers and lovers of children’s literature. You can read more about the lectures on the blog.

She was one of the very finest writers British children’s literature has ever had, and everything she wrote has a touch of the particular vision and understanding of human nature that was hers alone.