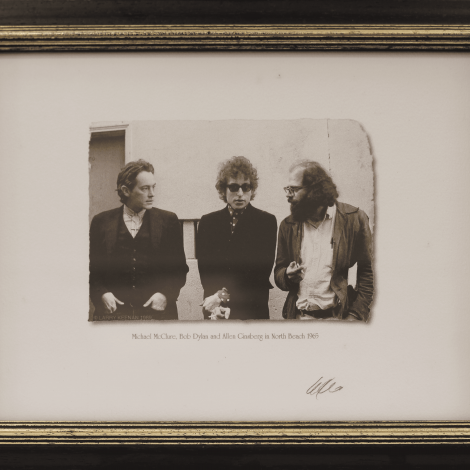 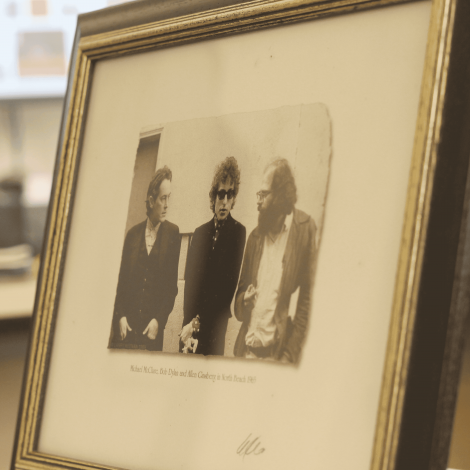 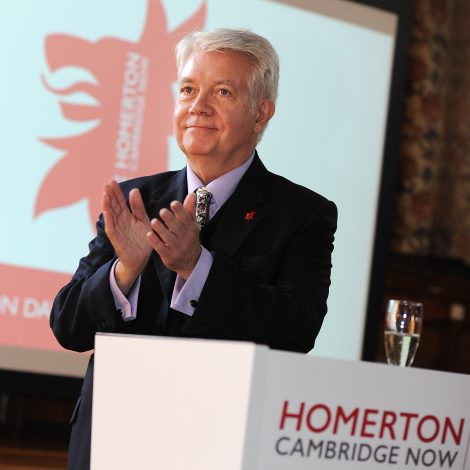 …the whole raison-d’etre of my academic career for a long time was to say that these new American poets are just as good as a lot of more famous figures.

Professor Geoff Ward, Principal of Homerton College, explains his research interests and how they began, with a photo of Michael McClure, Bob Dylan, and Allen Ginsberg.

Professor Geoff Ward has written the first study of the New York School of Poets, Statutes of Liberty (1993/2001) among other books and essays. A Life Fellow of the Royal Society of Arts, he has written and presented documentaries on American writers for BBC Radio, and has published several collections of poetry, including Worry Dream (2013). In 2016, Professor Ward published his first novel with Garn Press. You’re Not Dead is the first book in a trilogy, The Midnight Books. It builds on a lifetime’s enthusiasm for fantasy and other forms of genre fiction, explored with the aim to entertain, but also to raise serious questions about time, memory and whether what we see – in life, as well as in the mirror – is what is really there. He became Principal of Homerton College in 2013 and is a Pro-Vice Chancellor of the University of Cambridge.

It has a strong relevance to me as Ginsberg was probably the first poet I read, as his books were coming out, with enthusiasm – this was the new poetry. Through Ginsberg I got onto the other Beats, as they were called, including Michael McClure, and then eventually I would become a student of English but most definitely American Literature, and would write books on the same.