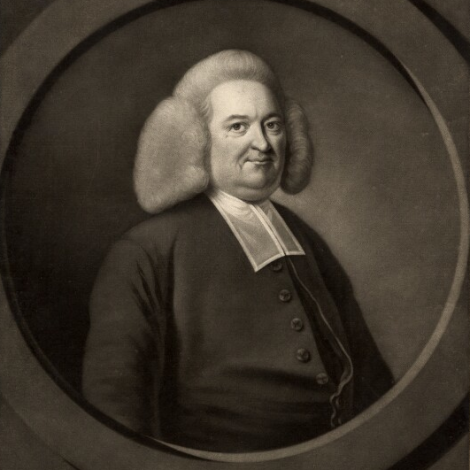 John Conder was the founding Principal of Homerton Academy in 1768.

John Conder was born in 1714 to a Nonconformist family, and followed in the footsteps of his father and grandfather by becoming a Nonconformist minister. While initially a reluctant scholar, Conder attended the academy run by the King’s Head Society at Plaisterers’ Hall, Moorfields.

Conder began his ministerial career in Cambridge in 1738, at the Hog Hill Independent Church. This building is now known as Saint Columba’s Church, on Downing Street, while the original church community evolved to become the Emmanuel United Reformed Church on Trumpington Street.

In 1754, the King’s Head Society appointed Conder as the theological tutor at their academy, which had now moved to Mile End. On returning to London, Conder also took up the ministry of Little Moorfields, a chapel near what is now Moorgate. Even with the responsibility of this major London pulpit, Conder was a successful tutor, and when the King’s Head Society bought a property on Homerton High Street in 1768, Conder transferred from Mile End to become the first principal of Homerton Academy. Now, 250 years on, Homerton College stands less than two miles from the site of Conder’s first ministerial position.

In 2017 Peter Warner, Chair of the RSMA and Keeper of the Roll, went to find Conder’s grave in Bunhill Fields. He described what he found for the Homertonian:

Sadly John Conder’s grave is in the middle of a cleared area, but I soon spotted his gravestone, moved to one side against a wall, very badly decayed, but clearly visible:

“In memory of the Rev JOHN CONDER DD

PRESIDENT of the Independent College Homerton…”

Stylistically it looks mid-nineteenth century and the use of the word “College” suggests that his monument was raised after 1824 when Homerton changed its name from Academy to College. The use of the word “President” is unique in the history of the College but may indicate his importance as the first Principal. All this suggests that he was still revered by the College many years after his death in 1781.’