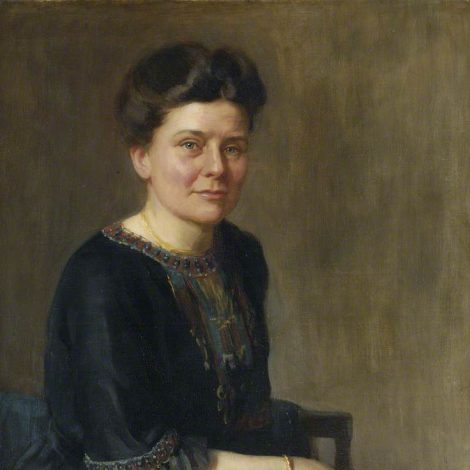 During her years as Principal, Homerton’s reputation only grew

Mary Miller Allan grew up in Glasgow, and received the LLA diploma (Lady Literate in Arts) from St Andrews University in 1894. This qualification originated when women were not permitted to attend Scottish universities, and was a popular choice for women until its discontinuation in the 1930s. The qualification was equivalent to the MA.

In 1902, John Horobin had suddenly passed away, and Homerton spent a year without a Principal. In his place, the Trustees and Horobin’s widow Maud took on different aspects of the role until a new Principal could be appointed. As the College now only admitted female students, it was decided that only women could apply for the role of Principal. Mary Allan was appointed as Horobin’s successor based on her strength of character, and outstanding ability and determination.

Under her leadership, the College flourished, not least due to the appointment of only female graduate lecturers between 1895 and 1944. Through Mary Allan’s active work in advancing the academic quality and social status of female teachers, she was a hugely influential figure, and became the first female president of the Training College Association in 1916. During her years as Principal, Homerton’s reputation only grew, becoming one of the foremost teacher training colleges in the country.

After her retirement in 1935, her portrait was gifted to the College by ‘the last ten generations of students’. It was painted by Hugh Goldwin Rivière, whose father, coincidentally, taught Jane Benham (later Benham Hay) – artist of ‘A Florentine Procession’. The two paintings now hang opposite each other in the Great Hall. Mary Allan is also remembered as the namesake of the Mary Allan Building, which houses the Porters’ Lodge, Auditorium, and library.