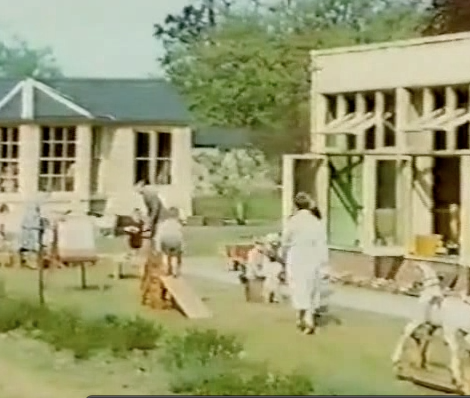 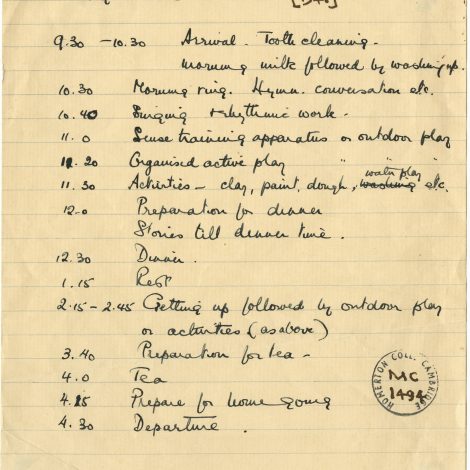 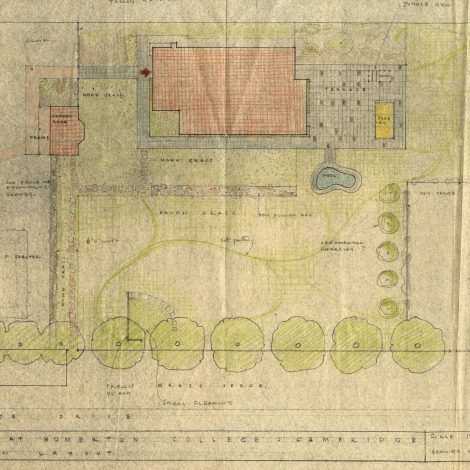 Peter Cunningham, exploring the Archive, tells the story of Homerton's wartime nursery, which still exists today in a new location.

During the Second World War (1939-45), many mothers and young children were evacuated to Cambridge, away from cities more at risk of bombing. This prompted Homerton to open a nursery school in its grounds, both to serve a pressing social need and also to provide a training opportunity for students.

Part of the national and local context for the Homerton nursery came from an experimental school in Newnham, The Malting House School. Pioneering child psychologist Susan Isaacs worked at the school from 1924, and wrote about her observations of young children’s growth informed by the new developmental psychology. She went on to lead an influential Child Development course for teachers in London. Later, she returned to Cambridge in the war years making psychological studies of evacuee children. All of this undoubtedly added to the impetus of Homerton nursery.

The nursery building, in the paddock of Trumpington House, was described at the time as ‘the most attractive of all the College buildings’. It was designed by Maxwell Fry, a prominent modernist, who had recently worked with Walter Gropius on the radical new design for Impington Village College, just a couple of miles outside Cambridge.  For the Homerton nursery, large folding windows and low window sills gave wide views of the surrounding gardens, and in good weather children could clamber out to enjoy the paddling pool and large toys. Their joyful activity is preserved on old film in the College Archive. It was also preserved in the memories of Homerton students, one of whom recalled:

‘… this lovely nursery, a beautiful building … my practice in the College Nursery was an eye opener because I had children who were fatherless because of the war, some of their fathers had been killed and a lot of them [were] suffering from emotional problems ….’

Homerton alumna, from the College Archive

In 1966 the nursery moved to new premises in nearby Holbrook Road (now called the Homerton Early Years Centre), where it continued to be visited by student teachers and researchers from the College. The Maxwell Fry building was absorbed into the new ‘black and white’ complex as teaching rooms for education, all later demolished to make way for the modern Faculty of Education.