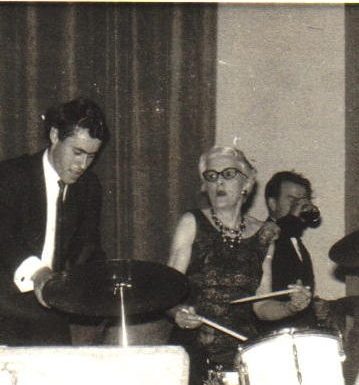 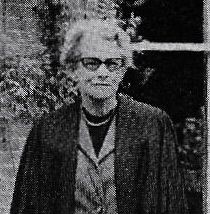 Robina Macintyre was a larger-than-life lecturer who made Homerton College the location for our lost film.

Robina Macintyre was amongst a clutch of talented women employed at Homerton College by Miss Skillicorn (Principal 1935 to 1960), serving through the wartime years from 1937 to 1946. College lecturers increasingly had distinguished academic backgrounds and later careers, well networked with protagonists of women’s higher education. Macintyre was tutor in education and drama to the Youth Leadership Course. This was created following national concern about problems of adolescence and juvenile delinquency, and so over 100 mature young women were trained in wartime years and took up work in youth clubs.

Macintyre’s most distinctive contribution perhaps was attracting Pinewood Studios to Homerton College. Homerton was used as a location for a propaganda film that was commissioned by government and starred the celebrated star Peter Cushing. Originally entitled ‘The New Teacher’ it aimed to attract recruits to the teaching profession in the aftermath of war.

A press release entitled ‘Education Expert at Pinewood’ related Robina’s wide experience of work outside education as well as in schools.

“In a recently issued statement on the Teaching Profession the Sub-Committee on Education of Nuffield College [Oxford], the fact [was stressed] that teachers should have interests outside teaching and should not live too narrow a life.  Miss Macintyre could certainly satisfy anyone that such remarks are not applicable to her.  She was at one time on the staff of the Sunday Express and while there she did a variety of different jobs in search of copy.  She worked in some of Mrs Meyrick’s Night Clubs, joined a travelling circus and ran a menagerie in a Fair.”

After the war, Macintyre became Vice-Principal of Maria Assumpta College, a Roman Catholic Training College for women in Kensington. In 1960 she was appointed Vice-Principal of King Alfred’s College in Winchester, when the traditionally male Anglican training college began to take women students.  There, too, she made her mark as a larger-than-life character. Her force of personality and original approach to her role led to her being remembered as a ‘firebrand’, taking a leading academic role in a traditionally male-dominated institution. A particular example of this is a photo of Macintyre playing drums in the Student Union there.

Thanks to Carole Thompson and the University of Winchester for the photos.