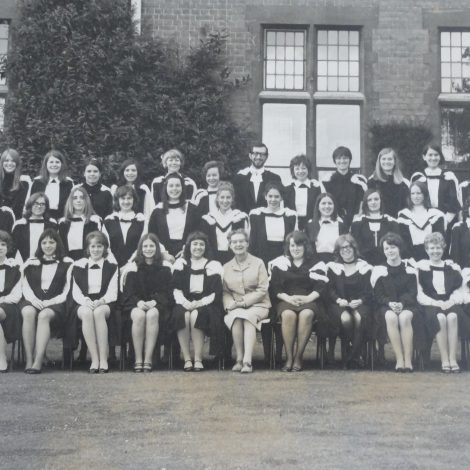 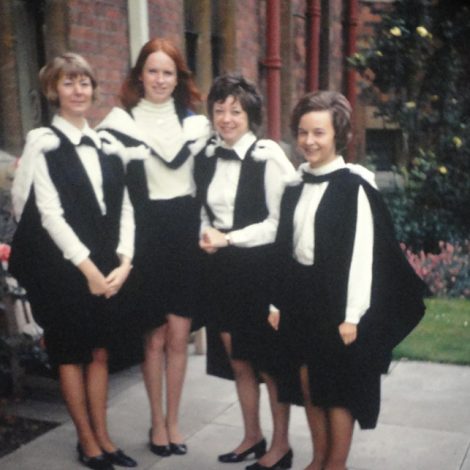 We always considered ourselves Homertonians.

Beverly Wood (nee Lord), 1967-71, was part of the first year group awarded degrees from the University of Cambridge.

I had always wanted to be a teacher and my physics teacher had been singing Homerton College’s praises, so I had no hesitation in accepting the offer of a place. I signed up for a three-year Certificate of Education course, with the option of a fourth year leading to a London University B.Ed. degree. But, at some point, we were told that if certain academic conditions were satisfied, we could be the first Homerton College students to attain a Cambridge B.Ed. degree. Dame Beryl Paston Brown, the Principal at the time, gave us serious talks about how the College’s standing with the University and the hopes of future students depended on our work ethic and our success. What a responsibility!

Since Homerton was not a Cambridge college in those days, we had to matriculate with Newnham College (except the one male mature student on our course who, presumably, had to be attached to a college taking men). Homerton College nurtured us throughout that year and, although we were officially Newnham members, we always considered ourselves Homertonians.

We worked hard, and the new experience of attending lectures and exams in the centre of town proved to be good exercise for both our legs and our brains. We were, on the whole, accepted by the other College students whose lectures we joined. I was able to study History of Science, Astronomy, and Particle Physics, as well as three different aspects of Education.  The year culminated in a brilliant Graduation Day (26th June 1971). 43 of us donned our unfamiliar gowns and hoods, and participated in the ancient and strange ceremony in the Senate House, watched by proud family members and Homerton College tutors.

It is now fifty years since I first set eyes on that beautiful building and, looking back, I feel privileged to have spent four formative years as a Homerton College student. Like many others, I met my future husband in Cambridge so, again, it is a special place that we visit as often as we can.

Images of the graduating class of 1971, with Principal Paston Brown; and of Beverly, Sheila Wilson, Sue Bowden, and Moira Preston.